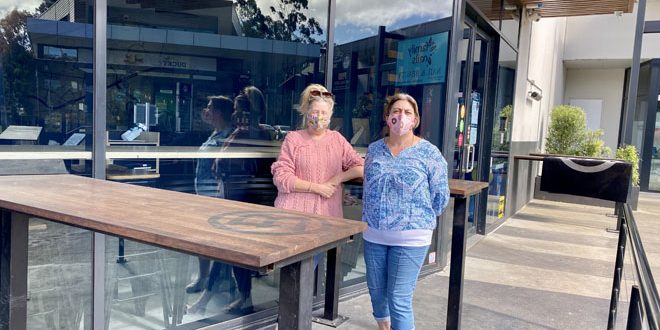 Gina and Amanda run a thriving business in the heart of Seville but as you read further into the article you will see that Branded Burgers & Bar is not just a business. It is also very much focused around the community and helping those in need.

The story of Branded Burgers began in 2017 when an opportunity arouse for Gina to start up a new eatery. Gina’s family always wanted to open up a burger bar, so Gina decided she would create an American style bar which specialised in gourmet Burgers. Gina originally started the business with another partner but after a short time they decided to move on.

After Gina’s business partner left, Amanda who had been friends with Gina for a few years offered to help her out in the business. Gina and Amanda both enjoyed working with each other and realised they had similar ideas about running a business. Their business relationship evolved over time and Amanda decided to come on board as Gina’s business partner. Gina and Amanda’s kids are also friends, so they were very keen for their mums to run a business together. “It was just meant to be” Gina said.

One of the things that Gina and Amanda found that they had in common was their passion for helping people. Over the 3 years they have been in business they have helped numerous people and charities. One of their main initiatives this year has been to provide meals for people in need, particularly during this COVID crisis. They knew COVID had hit some people very hard financially and they wanted to help where they could.

So in early August this year they put the word out on social media that they were offering free meals to those who needed one. They were overwhelmed with support from the community. One of their suppliers Bertocchi gifted them with some smallgoods, which they used to make up some meals. Gina and Amanda even had people come in off the street and donate money, after hearing about about their wonderful initiative.

Gina and Amanda shared with me that their first COVID meal was delivered all the way down to Pakenam, to a lady that rang up and asked them if they would deliver a few meals to her family. She was in hospital having chemotherapy and was hoping Gina and Amanda could help out her husband who was at home looking after their newborn baby.

During August and September they were delivering upwards of a hundred meals a week to people that needed a meal. Some people asked for a meal for their family and others were nominated by people that knew they where struggling to put food on their table.

Gina and Amanda are still generously donating free meals to people in need. If you know someone who is in need of a meal or you need a meal yourself, then please get in contact with either Gina or Amanda. They are more than happy to help out. Their door is always open to people who genuinely need a meal.

Gina and Amanda also touched on another generous and truly beautiful story with me. In 2017, they decided to put on a sit down Christmas lunch, on Christmas day in their restaurant, for their families and 45 homeless people from around the Valley.

Gina had one main stipulation about Christmas lunch and that was that everyone needed to be facing each other. She gave that tricky job to her husband Russell, who managed to make it work. They all sat down to a beautiful Christmas lunch and celebrated together. Gina and Amanda know the true meaning of Christmas, which is giving.

I have to admit I had tears in my eyes when they both told me of this most generous act. I looked over to see a few tears in Amanda’s eyes too. Talking about it reminded Amanda as well of how special that day was for her and all those that attended Christmas lunch at their restaurant. It is just another example of the generosity and compassion Amanda and Gina show to the community.

They also support a few other local charities in the area. They support Josh, from The Victorian Brotherhood. He will reach out to Gina and Amanda if he knows of someone in need of a meal and they then provide a voucher for them to get one.

They also help out Valley Vicious, a charity run by Lee Lawrence, who is affectionately known as ‘Aussie’ in the Valley. Valley Vicious was set up to raise money for Rett Syndrome, which Aussie’s 5 year old daughter tragically suffers from.

The money they raised was put towards Aussie’s big fundraising day which raises much needed funds for Rett Syndrome. This fundraising day takes place every January. Aussie organises footy players from all over the Valley to play in a big footy match. The charity raised $20,000 for Rett Syndrome this year, which is amazing. Well done Aussie and all those that help to raise such a amazing amount of money.

As if Gina and Amanda don’t do enough for the community, they also sponsor the Seville Cricket Club and help out local schools with vouchers for fundraisers. I think you would have to agree that Gina and Amanda go above and beyond to help out so many different groups and charities in the Valley.

I asked them both what their business meant to them both. “Our business is all about community and it just works” Amanda said. “We love what we do and it keeps us busy. We do not do it for the money, we do it to help the community out as much as we can” Gina said.

Gina and Amanda are very proud of their business and all they have achieved. They pride themselves on their quality of food and great service. It is also important to them to provide a happy working environment for their 15 or so staff. They have some regulars that come in everyday for a coffee and a chat and they love that.

If you have been to Branded Burgers & Bar you may have noticed the street mural on one of their walls. There is actually an interesting story behind it. Gina and Amanda were trying to think up names for their burgers one day, when they come up with a novel way to do it. They decided to name their gourmet burgers after local streets in the area, hence the wall mural in their bar.

You may also notice as you drive past their bar in Seville, that they have extended their outdoor dining area. Due to the COVID changes in regards to dining, Gina and Amanda decided to set up a larger outdoor dining area to allow for more diners. They received a $5,000 grant from the government, which went some way to paying for their new outdoor area. They are looking forward to welcoming you all to their new outdoor area, especially with the warmer months upon us.

Gina and Amanda also have a fantastic breakfast menu available. They have pancakes, hash brown stacks and breakfast platters to share, like the Big Brekky for 2 or the pancake share platter.

I have to say I really loved sitting down and talking to Gina and Amanda. They are two beautiful caring woman that give so much to the Yarra Valley community.

I walked away with a great sense that Gina and Amanda love what they do, and that helping the community is extremely important to them. Thank you both for the amazing generosity that you show to the Yarra Valley community and beyond. Gina and Amanda you are two shining examples of what you can do if you open up your heart.

Hi, I'm Noelene, I've spent the last decade or so dedicated to raising 3 beautiful children, and now they are getting a little older I'm enjoying writing about the wonderful people and places of the Yarra Valley where we live.
Previous Giveaways
Next Sponsorship Benefits 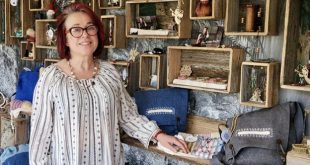 There is a new market on this weekend in Olinda, it is called the Wilde & Free Artisan Market. It was created by Ingrid Wilde who wanted to help local businesses recover from lockdown this year.

If you are looking for something fun to do on the weekend, why not pop down to the Lilydale Craft and Produce Market . They have plenty on great stallholders there selling their handmade items and fresh produce. It’s on from 9am-2pm. 😊 ...

FYIThe ignition of the planned burn at Kyeema Track East in Mount Dandenong is now complete.

People may continue to see smoke at Mount Dandenong, and crews will remain on site in the coming days to patrol the burn area until it’s safe.

Planned burns play a vital role in reducing the bushfire risk to help protect our communities and the environment.

Thank you to the local community for your understanding while we completed this important work.