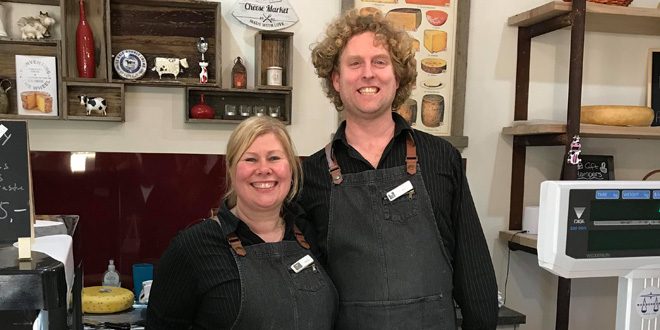 From Holland to the Yarra Valley cheese maker

We sat down with Pieter Tromp, founder of Mill Grove Dairy and avid cheese enthusiast. Pieter’s family have made cheese for generations in Holland but growing up he never thought he’d be making fine cheese sixteen thousand kilometers away from home.

The story of Pieter’s journey to Australia started with the 2008 Global Financial crisis. Pieter had a good job and was a young man with his career ahead of him. Europe went into a deep recession and being a contractor Pieter was one of the first at his company to lose his job.

Disillusioned, Pieter decided he would by a camper and travel Europe. He crisscrossed Europe spending time in Germany, France, the UK and Slovenia among other countries. After more than a year of living the dream travelling and taking in the best of Europe Pieter’s bank account was low and he needed to find work.

Pieter found work rose grafting which took him travelling to France and the UK. It was hard work, but the money was good and it gave Pieter an opportunity to expand his network. One connection was also from Holland and offered him some work in Denmark. Pieter took up the offer and while working in Denmark was offered the opportunity to go to Australia.

At first Pieter wasn’t sure. “I had to think twice, I didn’t even know where Australia was.” He was planning to escape the Dutch winter in Greece, but his employer convinced him by pointing out that it was summer in Australia.

“In the end I just said look, let’s do it.” So he parked his camper at his parents place and set off to the other side of the world. When he arrived, he was blown away by everything he encountered. He loved it, but he was here to work and much of his time was spent in his friends rose grafting business.

When Pieter wasn’t working he spent time socializing and that’s how he met Nicky on his second trip to Australia and a romance blossomed. Pieter warned Nicky that his travelling lifestyle meant that he wasn’t at a point in life where he would be settling down into a relationship.

As we all know, love has a way of making things happen and before long Pieter and Nicky had settled down together and found themselves living in Seville. It was around this time that the idea for the dairy began to formulate.

“Nicky asked me, what do you miss most about Holland? Not that much really, other than the cheese.” Pieter recalls with a laugh. They started looking for a home to buy and one of the criteria was room to build a cheese factory.

Eventually they found their home in Millgrove and a 4 year $100,000+ journey to build a commercial cheese making operation began. Realizing their dream was not without it’s struggles.

The factory is small, but impressive, you have go into a staging area where you sterilize your hands, don a hair net and swap your shoes for some crocs before you enter the main factory area.

A large part of the outlay was the creation of two temperature controlled cool rooms that allow multiple batches and different types of cheese to be made simultaneously.

Council approvals, food safety regulations, and the usual hassles that come with building any structure all seemed to conspire against them. Pieter and Nicky even had to import a vat from Europe because they couldn’t find the appropriate equipment locally.

None of these hurdles dampened their passion though. Finally in March 2018 everything was in place and they received their Dairy license and they began making cheese. At the time Pieter was working for an apple grower who was friends with the owner of Morgan Vineyards and it seemed that there was .

So over a couple of wines and some cheese, the plan to setup a small cheese corner at the Morgan Vineyards cellar door was developed and that’s how Mill Grove Dairy got started selling their products.

As their plans for the business developed and production increased, Pieter and Nicky’s ambition to have their own shop grew. With their own shop, preferably on the main highway, their products could be offered to more customers.

Every day Pieter drove past an empty shop in Wesburn and one day he decided to inquire about it. As it turned out Pieter and Nicky hit it off with the owner of the store and it wasn’t long before he was fully engaged in helping them transform the modest building into the funky Fromagerie The Mill House.

The shop opened in May and since then the two cheese making entrepreneurs haven’t looked back. The shop has been popular with locals and tourists alike which is no surprise since the quality of their cheese is excellent. They also compliment their range with some of the best local and imported cheeses.

We sampled some Mill Grove Dairy cumin seed Gouda and some chilly Gouda both of which were perfectly balanced and deliciously creamy. Mill Grove Dairy uses 100% Jersey milk from Gipsland in Victoria’s south east, which gives their cheese it’s extra creamy texture.

Experimenting with flavors and different types of cheese is Pieter’s favorite part of cheese making. His face lights up when he talks about his plans to create a new range of cheeses, including a bright green pesto cheese.

The shop also shares an internal door with The Flying Apron Patisserie so even if you have to travel to get some of Mill Grove Dairy’s delicious cheese, you can take a break and enjoy a coffee and a pastry.

Fromagerie The Mill House is located at 2874 Warburton Hwy, Wesburn VIC 3799 and is open from Wednesday to Sunday 10am – 5pm. If you are a lover of cheese and beautiful scenery then you should make the trip out to the valley and stop by. You won’t be disappointed.

I moved to Warburton in the Yarra Valley with my family in the middle of 2015. It was freezing and rained for the first 3 weeks and I wondered what I'd gotten in to. Since then I have fallen in love with the Valley, which is not hard to do, due to it's beauty and vibrant community.
Previous Volunteer Gardeners Required Koha Community Cafe
Next What’s On At Koha Community Cafe 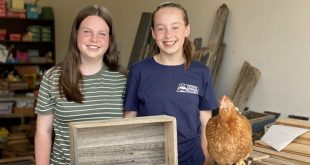