This is a really heart warming and uplifting story about two entrepreneurial sisters, Molly and Tildy Salan, who have recently started up a wonderful new business in the Yarra Valley called A little Ray of Boxes.

Molly and Tildy’s business started from a simple idea of making their Dad a birthday present. A few weeks before their dad’s birthday and bored due to lockdown, Molly and Tildy thought it would be a nice idea to make their dad up a gift box each filled with lots of goodies.

As a fencer, their dad Rod had lots of old wood palings lying around. Molly and Tildy thought it would be a great idea to recycle the old wood to make the giftbox. When they asked him about making the boxes he was curious about what they were for but they told him it was a surprise. He ended up giving them a hand to make them.

Molly and Tildy ended up making two boxes each. Molly filled one with treats and Tildy placed a photo in hers. Their Dad was very surprised on his birthday by Molly and Tildy’s thoughtful gifts. He obviously realised then what the boxes were for.

A few days after their Dad’s birthday their Nana and Aunty came to visit. They were both very impressed with the boxes the girls made and suggested to them that they should sell them. The girls didn’t give it much thought initially, until one morning they had a chat about the idea of selling the boxes with their Dad out in the shed. Dad said “Why don’t we just smash out 7 of them and put them up on Facebook and see how it goes?”

Amazingly to all their surprise within 2 minutes of putting up the advert they had 18 messages from people wanting to place orders and the orders haven’t stopped flowing in since that day.

Molly and Tildy were so excited that they called their Nan up that night and told her about what had happened that day. She was thrilled and very proud of Molly and Tildy and she also reminded them they they started their business 6 months to the day after they lost their much loved Pop.

The girls decided early on that their business needed a mascot and that job went to their pet chicken Kenny. Kenny was raised from a chick and has become Tildy’s best friend. They have two other chickens called Peck Peck and Scabby Gabby who like to hang out with them in the shed while they are making their recycled boxes.

Molly and Tildy also needed to come up for a name for their business. They started to throw around names and initially thought about ‘Just a little Dream’. Then their Dad rang them from work one day and said “What about you use your Pops name in your business? Maybe something like ‘A Little Someone of Raymond’?” which was their late Pops name. Then their mum suggested the name ‘A little Ray of Boxes’ and it just felt right.

The girls were initially only selling one style of box which was called the ‘Traditional’. They very quickly expanded their range to include the ‘Dotti’ which they named after their Nana as she is very small and so is the box. Then the ‘Raymond’ was created which was named in honor of their late Pop.

The Chandler came about through their Aunty who owns a Real Estate agency called Chandler and Co. The ‘Chandler’ was designed to fit two wine bottles in, which their Aunty gifts to her clients.

The girls also started making another box called the ‘Hamper’. They originally were going to make their own hampers but found there was already so many businesses making hampers so they decided to change their idea. Instead of making hampers they would try and sell the boxes to existing hamper companies with their recycled boxes. Now that was a clever business idea.

As you can imagine the girls recycled boxes are very popular with many different types of businesses. Apart from supplying hamper makers they also supply florist and food producers with boxes to sell their goods in.

Molly and Tildy’s recycled boxes have also been used in a few shops in and around the Yarra Valley. Branded Burgers & Bar in Seville and Where the Wild Things Are in Sassafras have both recently purchased many of their different shaped recycled boxes to use as a shop fittings to display their stock. Its great to see other businesses supporting Molly and Tildy in their new venture.

Molly and Tildy are both very hands on in the business and have their specific roles that they play. “I like to do the social media and marketing” Molly said. Molly also does a lot of the de-nailing of the old wood palings and screws a lot of the boxes together. I am proud of myself that I have come this far with the business” Molly said.

Tildy is more hands on in the business. “I have learnt to be much more patience since running my own business” Tildy said. Tildy glues all the boxes together and packs things away and generally just does what needs to be done. She also de-nails and enjoys using the machinery and will often use the sander and drill. “I just like to help everyone” Tildy said.

When Molly and Tildy first started their business they had plenty of time to make up their recycled boxes as they were home due to the second lockdown. “It gave us something to do while we were in lockdown” Molly said. But since school has returned, Molly and Tilda and their Mum and Dad now spend all day on Sunday’s making up between 150-200 boxes.

It really is a family business now with everyone pitching in and helping to fill the orders that just keep flowing in. ‘Its become our family time, building the boxes together” Rod said.

Their mother Kylie does a lot of the administration required with all the orders and also loves to sand back the boxes to give them a nice smooth finish. Their Dad does a lot to help the girls too and usually does all the cutting of the wood due to safety concerns around the girls using the electric saw, but that is about to change.

Molly and Tilda are also getting requests from places all over Victoria for special orders. They have started making tables from their recycled fence palings for cafes and have even got orders to make recycled timber light fittings for a business in St Kilda.

They had a very special order for 350 nesting boxes that will used around Gippsland area where the recent bushfires destroyed a lot of habitat for nesting birds and small marsupials. Unfortunately due to the loss of habitat bird and animals are fighting for space to make nests.

Its obviously wonderful to see two young girls aged just 12 and 13 running a successful business but it is also great that they have found a way to re-use the old wood that their Dad takes away from his job as a fencer.

Molly and Tilda have big plans for their little business. They hope to eventually have a little shop or factory. “We would like to pack up for the night and go home and have family time and then head down back to the shop in the morning” Kylie said.

Molly and Tildy have had a few businesses that have supported them right from the start. They would like to thank Yarra Valley Hunting & Recreation in Lilydale for their support and RG Timber who generously save all their off cuts to give to the girls to make their boxes with. They even had a random stranger give them $100 just because they loved what they were doing and wanted to support them.

Their products are listed below:

If you would like to place an order for any of their boxes you are best to message them through their Facebook page A Little Ray of Boxes.

It really was lovely to meet Molly and Tildy and their lovely parents Rod and Kylie. While I was chatting to this wonderful family at their dining table I felt the excitement and joy that this new business the girls started has brought into their lives.

We have no doubt that Molly and Tilda, with their drive and passion, along with the continued guidance and support from their wonderful parents will fulfill their dream of having their own shop.

Molly and Tildy are proof that with a good idea and a lot of hard work anything is possible. Go Molly and Tildy, we can’t wait to see where you take A Little ray of Boxes in the future.

Hi, I'm Noelene, I've spent the last decade or so dedicated to raising 3 beautiful children, and now they are getting a little older I'm enjoying writing about the wonderful people and places of the Yarra Valley where we live.
Previous 5 Minutes with Paula Whitelaw – Healing Hands Massage
Next 5 minute chat with Youki Onishi – Midnight Flowers and Sharps 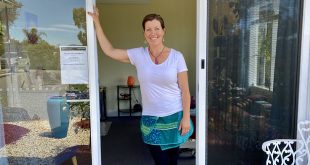 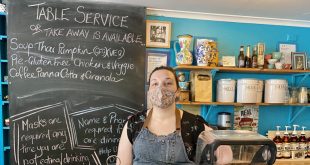 5 minutes with Emily – Nancy’s of the Valley

We popped in this week to have a chat with Emily who owns the very popular cafe Nancy's of the Valley.